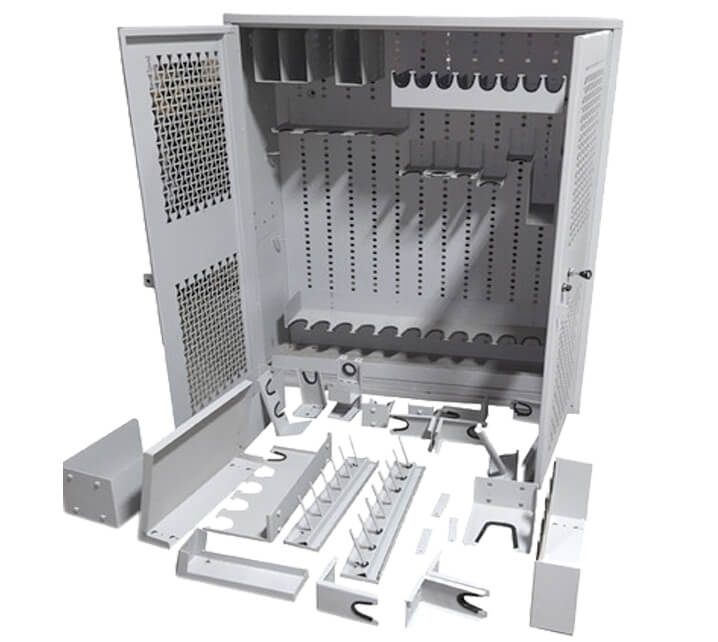 Should the US military use import weapon racks?

Reprinted with permission of Brad Enders 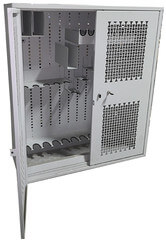 When the 3rd BCT, 1st ID (Duke Brigade) was reactivated and uncased their Colors at Ft. Hood TX They needed to purchase new weapon racks for their armories.

The decision was made to buy weapon racks imported from Canada. Sold in the US under several names, (Sekure, DSL), the weapon racks were delivered and installed into all 3rd Brigade armories. Following their deployment, word came down that they would be relocated to Ft. Knox. The weapon racks were not to be part of their EMTOE at the new location so they would be left behind for the next military units to occupy their Ft Hood space.

All the racks are locked and nobody has the keys…

Flash forward several months and you have a group at Ft. Hood trying to set up new arms rooms. They have been assigned all of the Canadian weapon racks once used by the 3rd BCT. There is one problem. All the racks are locked and nobody has the keys. This sounds almost funny until you realize the enormity of the situation.

The weapon racks (designed to meet a Canadian standard) have an integrated Abloy lock system on the doors. This lock uses a laser cut hardened steel key. The key cannot be duplicated and for security reasons, Abloy will not produce new keys unless the customer has 2 things: The original invoice for the locks and the key card (each lock comes with a business card sized “key card” which has the unique lock ID).

As there was no system or process in place to organize and store unique keys or special key cards, these items were misplaced.

The net result is the racks are unusable.

There is no way to open these weapon racks shy of cutting off the doors, which will destroy them. Weapon racks should have a useful life of 20 years, now there are hundreds of them sitting in a big Quonset hut by the motor pool at Ft. Hood. They will sit there until someday someone gets sick of them and dumps them for scrap steel value.

While the Canadian racks meet Army AR190-11 and Naval OPNAV 5313 security requirement for small arms storage, they are clearly not the right choice. Just because a weapon rack meets the minimum standard does not make it a good choice for US military applications.

In the US Military, all weapon racks should use a standard removable padlock and nothing else. In the event of a lost key, the lock can be cut off. This will cost .00 to replace. Replacing an Abloy keyed Canadian weapon rack will cost about .

An additional concern: in a crises situation access to weapons in the Canadian Racks would take a very long time if the keys were not available as the doors would have to be cut off.

While the Canadians make high-quality products, these weapon racks were clearly never designed for US military use.