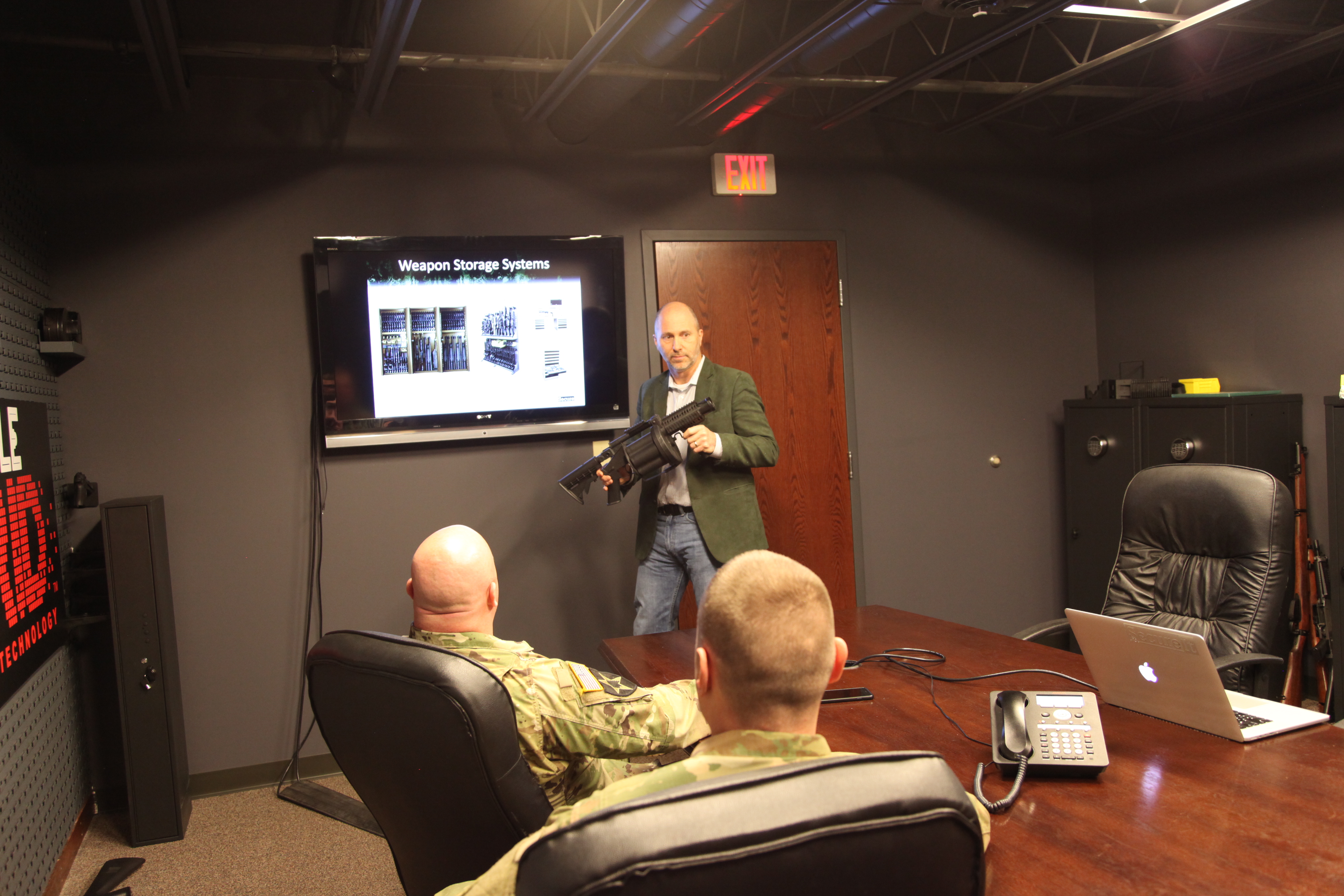 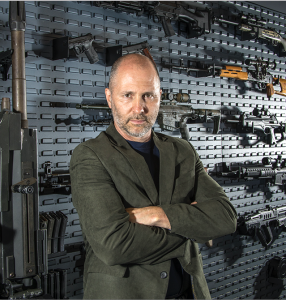 Tom Kubiniec got involved in military weapon storage in 2001 while running a technology storage company. He received a call from a client who asked if his storage company could store MP5s in one of its high-security laptop storage cabinets. He was intrigued, and as he looked further into military weapon storage, he found that there were serious concerns and difficulties with the existing systems. The military was moving to modular weapon systems which leveraged a wide variety of attachable optics and electronics (ACOGs, PEQs, etc.). Weapon storage systems, designed for traditional battle rifles (M16, M14, M4), simply were not up to the task of storing these modern weapon systems with their modular components and parts.

Weapon storage systems on the market became very complex, non-adjustable and very difficult to use

It seemed that the companies supplying these weapon storage solutions did not fully understand the challenges and requirements of the modern armory. Most manufacturers were reacting to military weapon system changes by simply adding new components and pieces to their existing rack systems. The net result was that most of the weapon storage systems on the market became very complex, non-adjustable and very difficult to use.

“We took a different approach”

Tom took a different approach. His storage company was fortunate to be located in southern California, with proximity to many military installations. Tom and his associates took every opportunity to visit these facilities to talk with the armorers in command about the challenges faced in a military going through a modernization initiative. They rapidly gained a great deal of experience in military armories. SecureIt was created as a business to address the challenges associated with storage and organization of modern modular weapon systems.

In October 2006, USASFC (U.S. Army Special Forces Command) was facing several big issues in their armories. “Space-saving” storage systems that had been recently purchased were simply not working. The weapon storage systems were too complex and despite the name, took up way too much space. A solicitation was put out for an armory assessment program. SecureIt won the contract. Over the next seven months, SecureIt traveled to all CONUS Army Special Forces locations, surveyed the armories, interviewed the armorers and observed the workflow. This level of access to our most elite fighting forces was normally impossible. The time spent in the armories and the frank discussions with team members gave SecureIt an incredible amount of information and experience.

In their brief to USASFC (US Army Special Forces Command), SecureIt outlined the need to move away from component-based weapon racks – systems where you have a “universal rack” and different brackets for each type of gun. (see: Lots of Components Means Lots of Problems) These types of systems may work when installed but fail when there are changes to the units equipment list. They also require specially trained factory technicians to install and reconfigure.

SecureIt set out to develop a simple solution that would address the needs of a modern armory and easily adapt to changes. All things being equal, the simplest solutions are the ones that withstand the test of time. “CradleGrid” was the solution. SecureIt’s easy to understand, no training is required weapon storage platform. SecureIt weapon racks adapt to changes without the need to purchase new or additional brackets and do not require factory technicians to install or change. The new system was a big hit and quickly adopted into SOCOM armories. Since then, SecureIt has designed and installed weapon storage solutions for all branches of the military as well and foreign fighting forces all over the world. SecureIt is now the largest supplier of weapon storage systems in the world and Tom is respected and the leading authority on weapon storage and armory design.